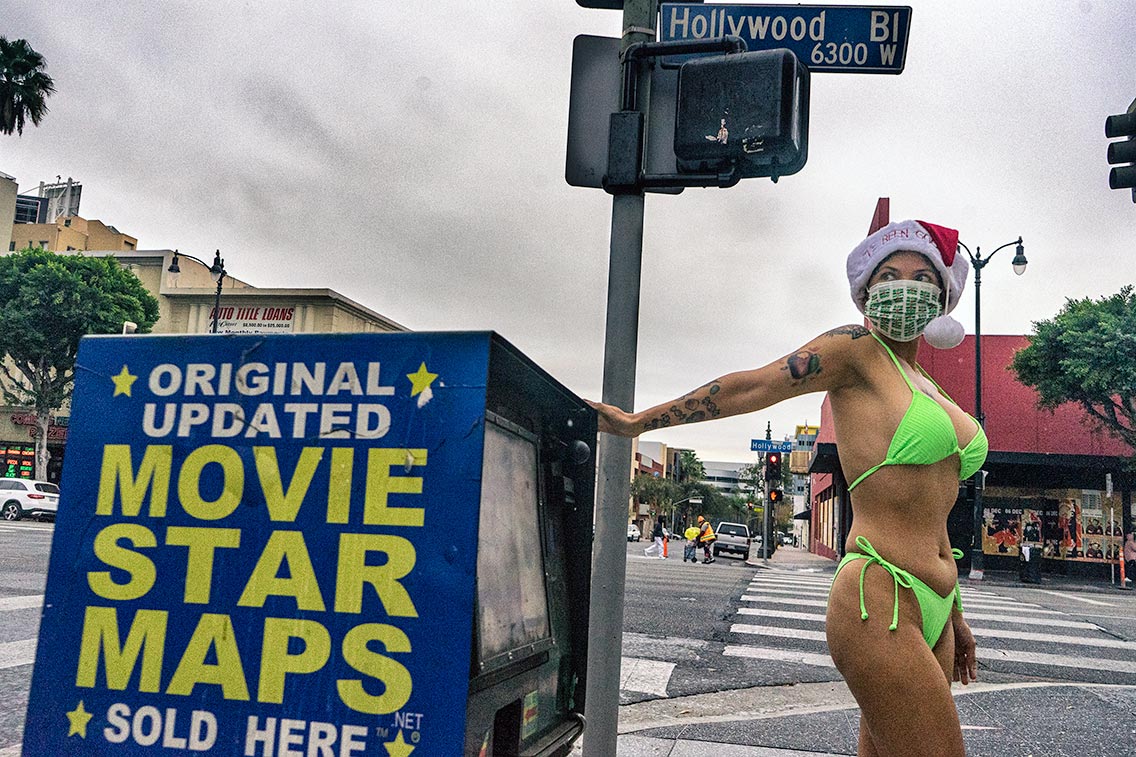 My hot girlfriend in a stolen bikini on Hollywood Blvd, and other Christmas favorites.

Geoff Cordner was raised in Libya, western Canada, and Egypt. Geoff attended university in Austin, TX. He later moved to Los Angeles, where he enthusiastically photo-documented the early ‘80s punk music scene for various punk zines. In 1988 he went to Milan, for an intended six months stay that lasted for six years. While in Milan Geoff worked first as a fashion model and then as a fashion photographer. Geoff has also designed album covers, rock ‘n’ roll posters, and advertisements, all lending themselves to his unique vision as a photographer.

On the genre of portraiture, bestselling author Jerry Stahl notes, “Beyond his technical mastery, Cordner’s particular genius is the way in which he inspires trust in his subjects, often those for whom all trust has been betrayed. Whether it’s a smacked-out teenaged neo-punk or a sloe-eyed Hollywood hustler, Cordner goes beneath the ink and attitude to the damaged soul within.” www.geoffcordner.com